Wayne Rooney Scored a Staggering Styler into the Far Corner

Wayne Rooney's sublime strike was one of those objectives that broadcasted its splendor a second or two preceding going too far.

Seats in the West Stand behind the holes gave a flawless vantage point to watch the bend of the ball as it exited his boot, twisting a relentless flight.

'What an objective,' was heard minutes before the net undulated and Manchester United's vocal voyaging fans blasted with happiness. Finally, an objective of honest to goodness quality to love.

In fact, Rooney was offside. He was past Derby's line of resistance when Anthony Martial set his pass. 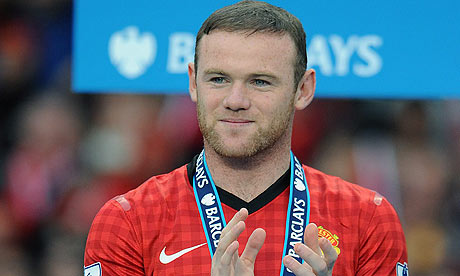 In any case, ethically, this couldn't have been chalked off. Rooney picked up no point of preference from his position and any grievances were quiet. Rivals need to simply shrug when beaten in such manner.

For Rooney, famously streaky in structure, this was a 6th objective in his last six diversions, after one in his past 11 club appearances.

In any case, it set the tone, and empowered United to play the sort of style Van Gaal must be trying towards. Controlled under lock and key, low on danger, in any case superior to what the resistance can marshal.